From 2007 to 2011 I worked with two of The Salvation Army’s Advisory Boards.  One was in Calgary, the other Edmonton.  They could not have been more different.  Calgary was driven and visionary,  Edmonton was passionate and poised.  Calgary saw The Army from our services in that city – Edmonton of course saw The Army as reflected there.   The make up of those two groups was also different and to that end each meeting reflected who was in the room.

What they had in common however was this unending thread – that the wonderful, life changing work we did everyday remained hidden.  They felt that we were proficient in being salt and light but far too shy, far too quiet about telling our story. 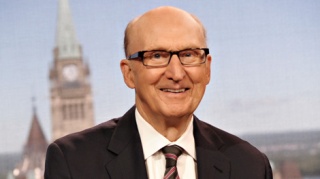 The Salvation Army has always been like that – in my opinion.  We’ve always put resources to the front lines rather than to the marketing world.  That might be changing a bit as our PR Department has been engaging the world in a more focused, direct campaign…but the details of ALL that we do does remain something of a mystery to the general public.

And then comes a story like this.  Craig Oliver you will recognize as a very successful member of the media and particularly one associated with reporting from Parliament Hill.  But did you know how The Salvation Army impacted his life one Christmas as a boy?  Click the link and read how it remains a significant moment in his life even to today.