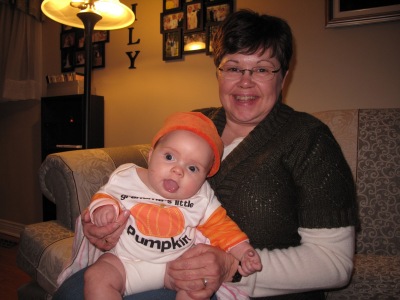 It’s our first Halloween with a grandchild – albeit she’s a bit young to be out on the street collecting candy (for her parents), she was dressed up in her “Grandma’s little Pumpkin” outfit.  It was a deal at Carter’s in Myrtle Beach!  And of course neither Grandma or Grandpa could resist that!
Of great surprise to us last night was the number of children who came to get candy at our house.  We had numerous princesses, vampires and superheros!  Not very many pirates this year or for that matter witches!  One of the little girls told me she was an “ANGRY princess”.  Nice!
The candy bowl emptied out fast so next year we’ll need to be better prepared.  I think last year in Edmonton we had 7 kids come to our door.  So this year was fun!
And since Rachel was in the house….a few photos for posterity!  After all some day she’ll be a teenager! 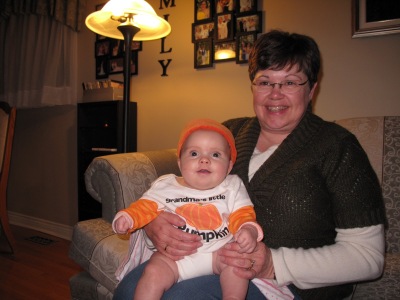 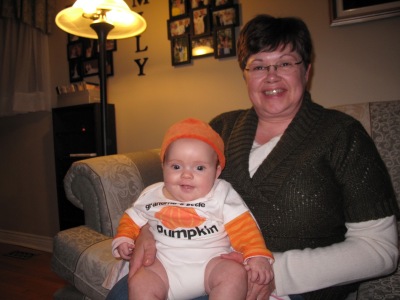