I discovered recently that we still have seven properties in the name of Thomas B. Coombs, which we will move to our incorporated name when, if, we sell.

Coombs was the territorial commander in Canada twice, and at the time of his retirement, a town in BC was named after him as it was a settlement area for people coming to Canada. Here’s an excerpt about the history:

“Walter Ford (who built Coombs’ pioneer three-storey log house and the Coombs General Store) was hired to oversee the clearing of land. As the CPR wanted settlers living along this new line running through the dense forests to the Alberni Valley, they offered land to the Salvation Army, founded by “General ” William Booth in Britain. Cottages were built along the rail line east of French Creek.

The Salvation Army was relocating more than a quarter of a million people from the crowded cities of Britain.

Twelve families came to Coombs and as the Salvation Army was so socially active their community was awarded the first government-built school in the district, French Creek School, which opened in August 1912.” – Times Colonist

Wendy and I have been to this town a couple of times and it’s always great to see the goats on the roof of one particularly popular markets. 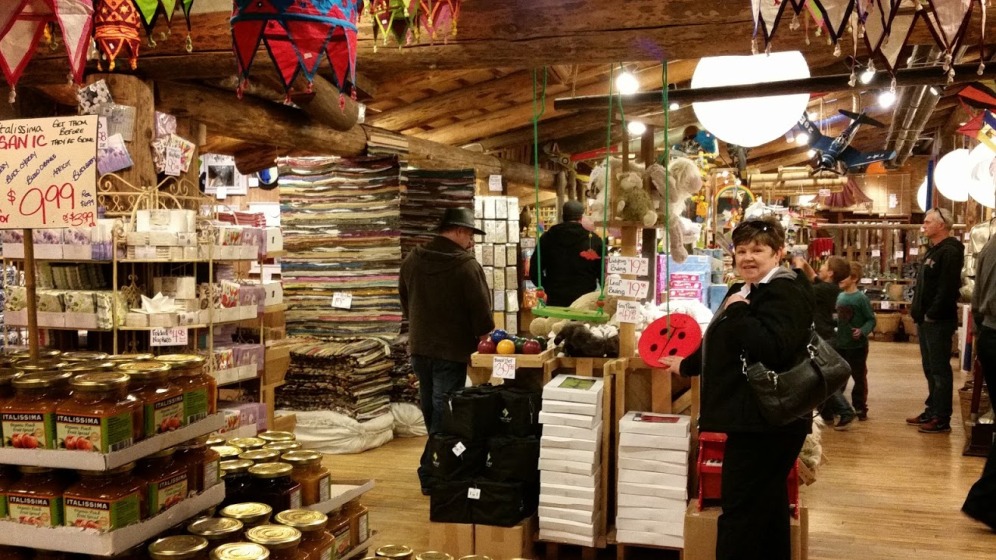 On this trip, the goats weren’t on the roof, but you can see the grass roof and normally that’s where they are when you look up! It is really quite amusing.