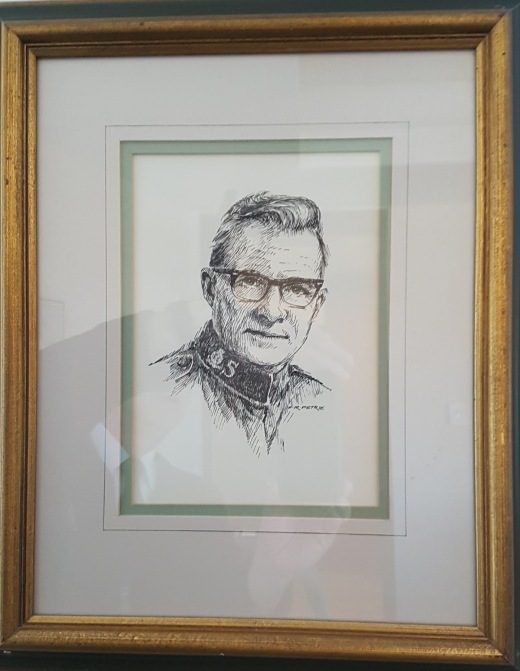 One of the boardrooms at THQ is called the Brown Boardroom and in fact is on the 7th floor – our executive floor. It is a room that is used frequently for all kinds of meetings. It has a map of Canada in it and a wall of windows looking out on our neighbour – a hydro station!

On the wall hangs these two historic pieces. To the right is a sketch of General Arnold Brown at the time of his election to be General. On the left is the actual document (deed) that was signed by the members of the High Council electing him as the 11th General of The Salvation Army. Some familiar names are signed there including Eva Burrows, later to be General plus Lesley Pindred and Arthur Pitcher, two Canadians in attendance.

Arnold Brown was a family friend and was in our home with some frequency over the years so it is interesting to review these two historical treasures.