One of the communities within Calgary is Hillhurst.  Now it’s kind of lost in the development of the inner city but it was once a very clear little part of the large city.

The Plaza Theatre is still just two doors down from what was The Salvation Army Hillhurst Corps, and I have vague memories of walking over to the theatre though I would have been very young.  Hillhurst Corps was where my parents were stationed when I was born – thus making me a Calgarian!  This is a moniker I am happy to keep with me – and why I remain a Calgary Stampeders fan and a lover of the Calgary Stampede!  Hanging in our closets are our Calgary Flames jerseys, though I can’t quite give up my love for the Montreal Canadiens.

Calgary was our home from 2000 to 2007 and we grew to love the city and the surrounding area. It’s fun to be able to drive into the mountains within an hour and we would often sit at the gas fireplace in the McDonalds up in Banff and talk about how blessed we were to be able to have that freedom. 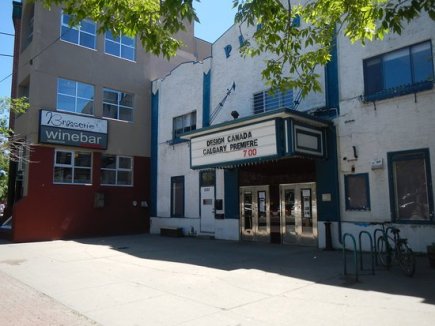 I was thrilled this week to get my hands on some photos of Wayne Sheer bringing to the archives the flag of the Hillhurst Corps. Wayne and family have deep Army roots and has been associated with our family since those early days in the 1950’s.  When my Dad passed away Wayne came all the way to St. Catherines, Ontario to attend the funeral. He’s a most unique man! Lots of energy, strong hands, big smile and a godly influence on many.

So here’s a throwback to former days with Wayne holding the flag outside the archive building. 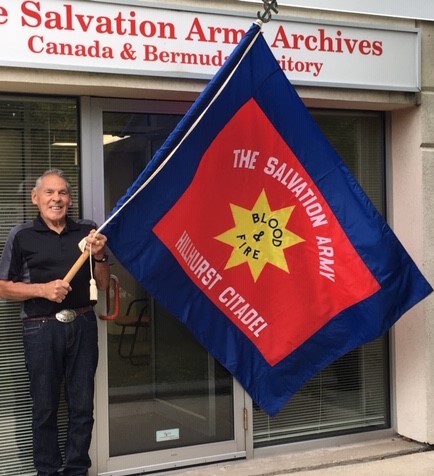